Examining the link between aging and interest rates.

For a long time, we’ve been waiting. Since the 2008 financial crisis, we've been hoping. But the reality is that for the last 40 years interest rates in Canada and the United States have been declining. At the same time, the population has been growing older and birth rates have dropped.

It’s no secret that we’re getting older. The median age in Canada is now 40.8 years, up from 30 in 1982.[1] Canada’s population is moving closer to a population of savers (50–70) rather than borrowers (18–49). It's generally accepted that young people have a borrowing mindset, requiring capital to purchase homes and cars. On the opposite end of the spectrum are people middle-aged and older, who have more of a saver mentality. After decades in the workforce, considerable assets have been acquired, debt is usually low and saving for retirement tends to become a priority. 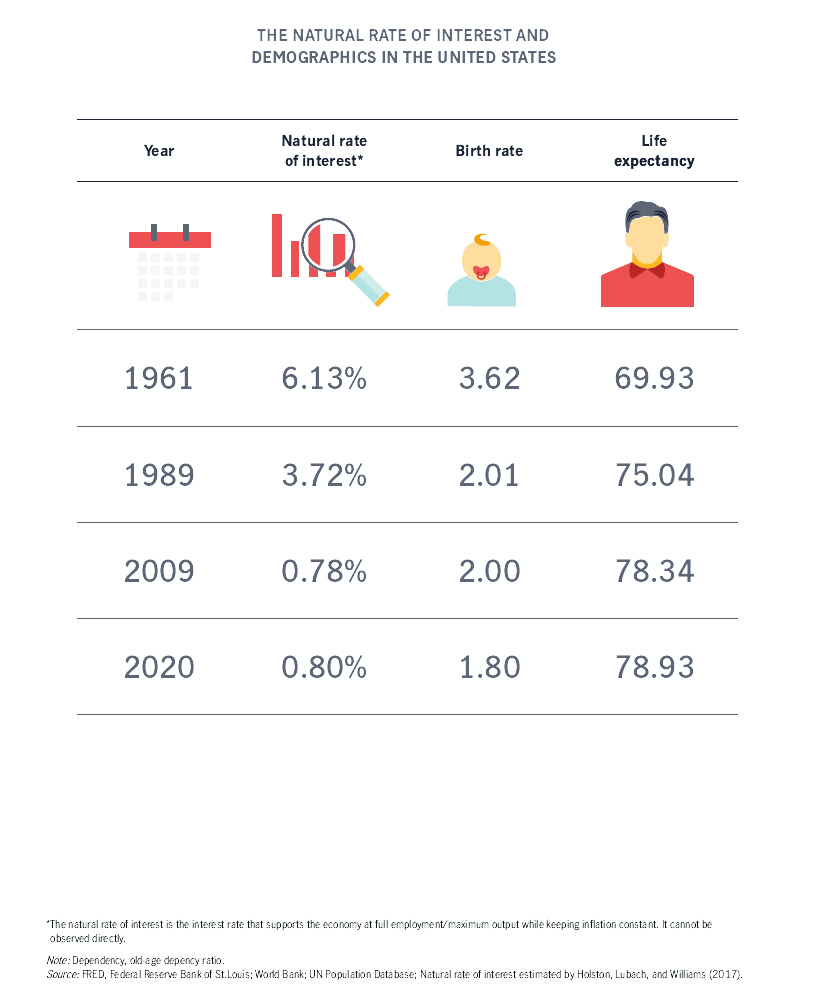 But we are not just feeling the effects of an aging population – decreasing birth rates are also a big factor. During the postwar baby boom (1941–1964), the number of annual births exceeded 2 per 100 women in the United States. As this cohort matured and went to school, got married and bought houses and cars, this pushed up interest rates in what was very much a lender’s market. The massive borrowing of the boomer generation pushed interest rates up to almost 16 per cent in the early ’80s. Today, the birth rate globally is an anemic 1.08 per cent, not nearly robust enough to fuel inflation and interest rates to the levels of the boomer years.

Financial crisis or not, interest rates have been on the decline since the mid-’80s. So, what does an aging population mean for Canada and the United States? It may help to look at countries that already have a higher median age.

The median age in Japan is 48.4 years, and the median age in Germany is 45.9.[2] Both these countries have negative-yielding interest rates.[3] In these countries, population growth slowed and then eventually stopped. This meant that the older cohorts represented the largest population growth. As these cohorts started to age, they became net savers. The younger, smaller cohorts behind them didn’t generate enough borrowing demand to offset the glut of savings in the country.

Petursson explains, “You had this massive demographic shift … in their prime earning and prime spending years driving inflation, driving interest rates. Well, guess what? As that moves through the economy, you start to see declines in the population growth rate. You get what we have today, which is low inflation and low interest rates.”

Without that demographic thrust to push interest rates higher, we could be in a prolonged period of lower interest rates. “In terms of asset allocation, fixed income may not provide the returns we’ve been used to over the last 30 or 40 years,” says Petursson. “Our portfolios aren’t going to look the same with regards to allocations as they did 20 or 30 years ago.”

Granted, the world is getting older, but different countries experience expansions and contractions at different times. So what about those countries that aren’t as old? Emerging market countries may be well behind the developed markets in terms of not just development but, more importantly, maturity. Some are experiencing rapid growth. In Brazil, for example, the median age is only 31.[4] Brazil’s 10-year government bond yield is 6.8 per cent,[5] compared to the United States at 1.85 per cent and Canada at 1.42 per cent. India and Indonesia have attractive 10-year sovereign bond rates as well. 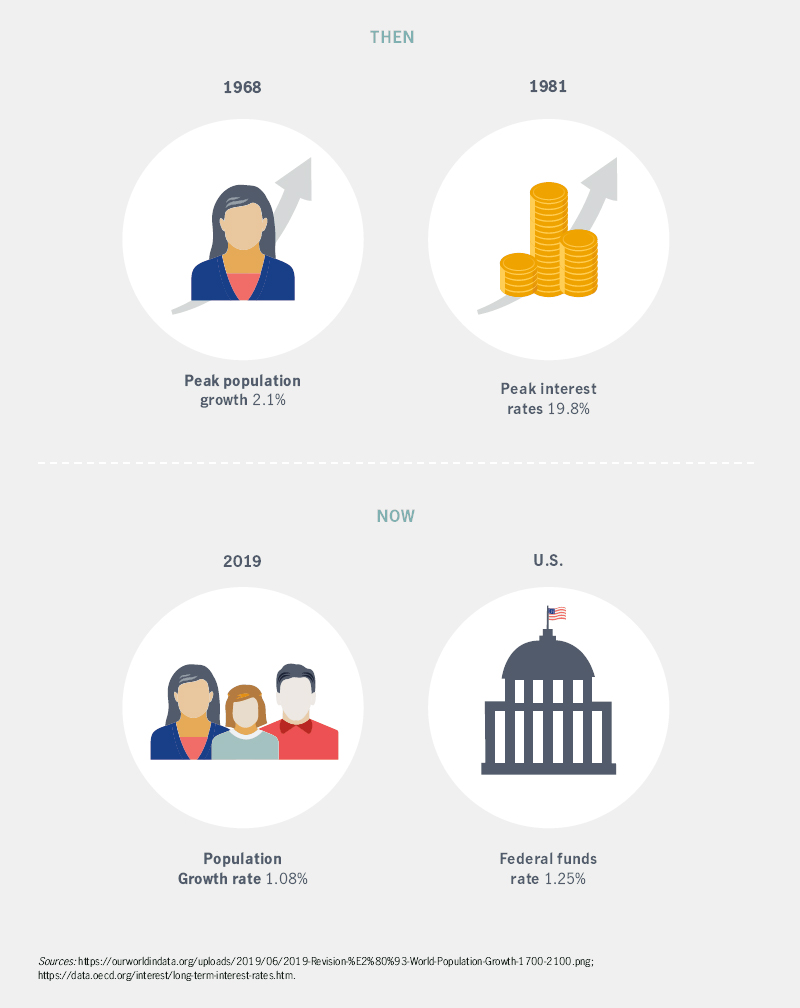 What about a managed solution?

While it may seem like a great idea to add some diversification to your portfolio with higher-yielding debt, it may be a challenge to actually purchase those securities. The average investor may find that they would have neither the capital nor the time to identify and acquire suitable higher-yielding securities.


The strategic fixed income team believes returns can be generated by investing primarily in a portfolio of global government and corporate bonds, including emerging markets and high-yield securities. Currency management is employed to further diversify the portfolio, mitigate risk and add value. By expanding the investment universe to include multiple sectors and currencies, the team believes the Manulife Strategic Income Fund has an increased potential to add value while reducing risk.